Basics: Optical Coherence Tomography (OCT) was introduced in ophthalmology to make surface images of ocular tissues based on interference patterns generated by mixing two light beams. OCT generates an image. It uses infrared light and is relatively harmless in comparison with the use of X-ray or magnetic imaging.

Vibrational OCT uses that basic image capturing technique of OCT to generate an image and adds the additional component of elucidating mechanical properties of the sample under testing. It is thus a non-contact and nondestructive test that combines vibrational analysis with OCT.

Vibrational Optical Coherence Tomography (VOCT Involves use of near infra-red light and audible sound applied transversely to the skin to produce an image and measure of the resonant frequency of tissue components (Figure 1 as seen above). A diagram of the components that make up the OptoScope are shown in Figure 2 above. The resonant frequency is related to the tissue modulus using a calibration curve developed in the laboratory after testing different tissues. 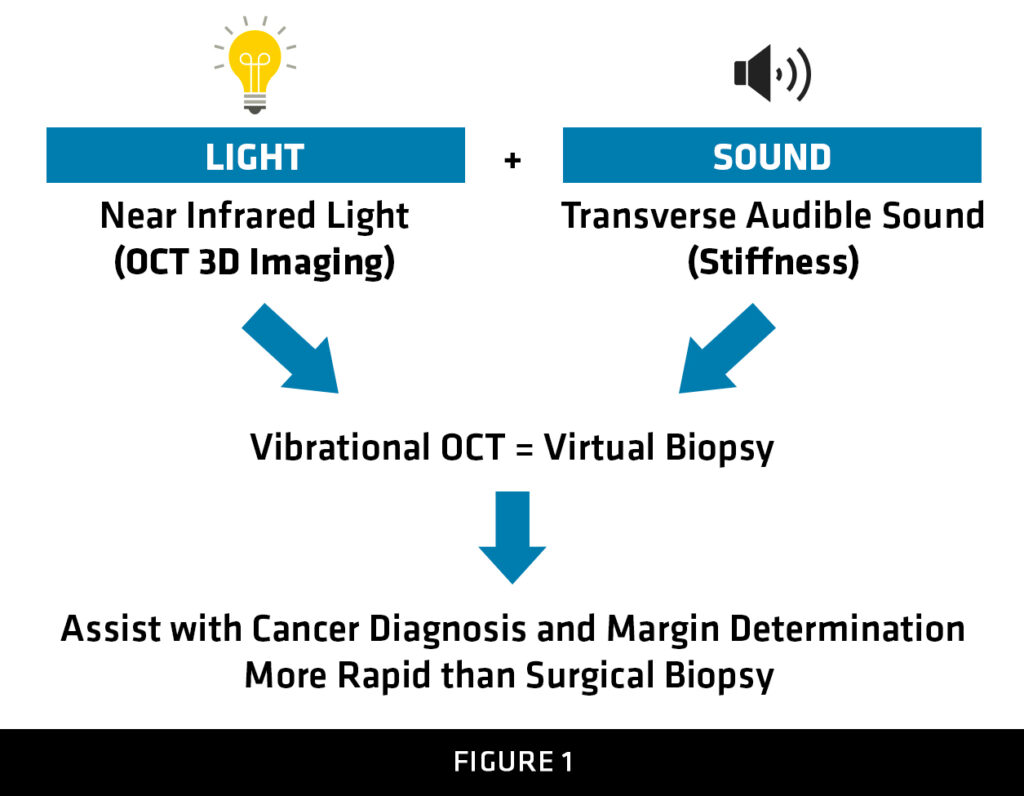 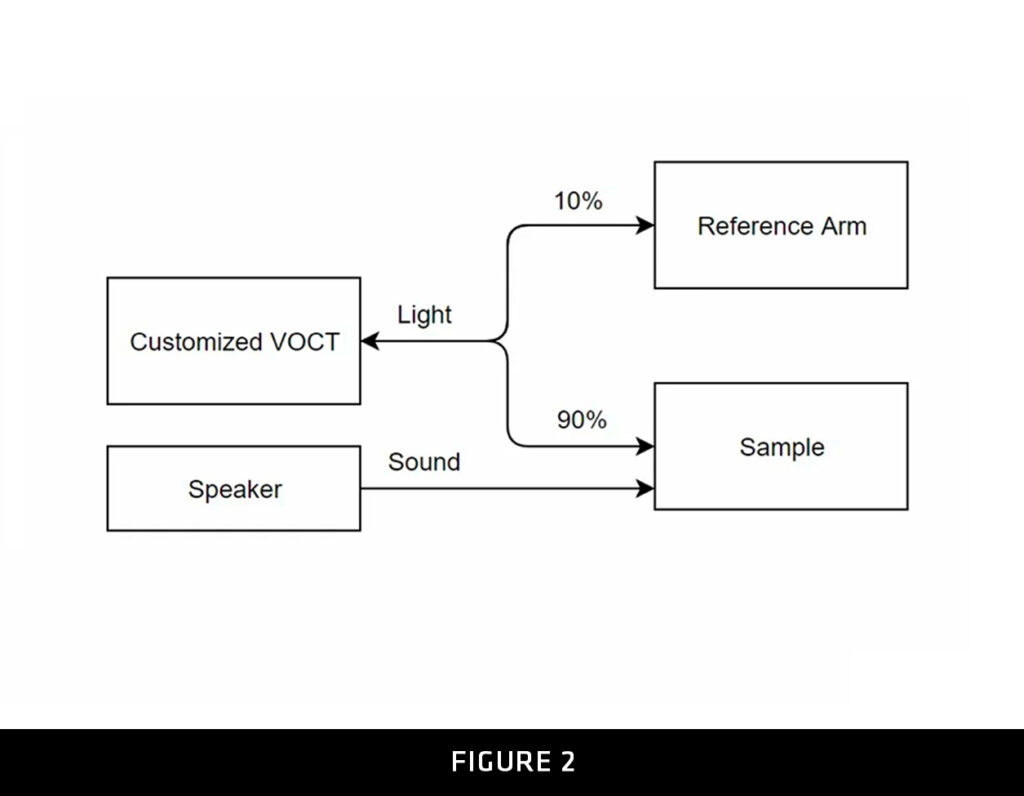 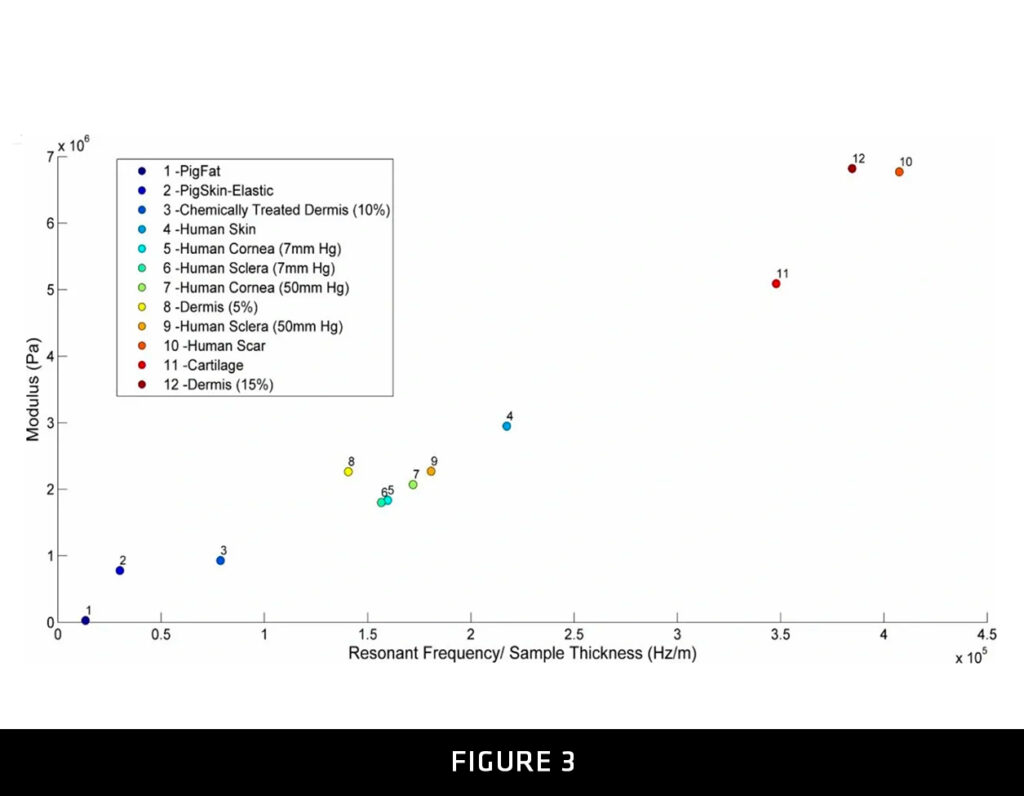 Figure 1. Diagram illustrating the principles of operation of the OptoScope using the principles of vibrational optical coherence tomography (VOCT). Infra-red light from a laser diode, and audible sound from a speaker are applied transversely to a sample surface. With the speaker turned off, the surface of the sample is scanned and an image is recorded. With the OptoScope focused on a single point, the speaker is turned on and the frequency at which the maximum displacement occurs is determined. The modulus of that point is determined from a calibration curve Figure 2 constructed from measurements made using calibration standards and uniaxial tensile tests in vitro as seen in figure 3 above.

Figure 2. Diagram showing the arrangement of components in the OptoScope used to get an OCT image and a measurement of the resonant frequency using audible sound applied transversely to the sample surface. The OptoScope unlike ultrasound and conventional OCT instruments provides an image and physical data at individual points within the image scan. This physical data provides a characteristic “finger print” that can be used to differentiate skin lesions from normal skin and non-invasively assist the surgeon in identifying which lesions need to be excised and how much tissue must be removed. 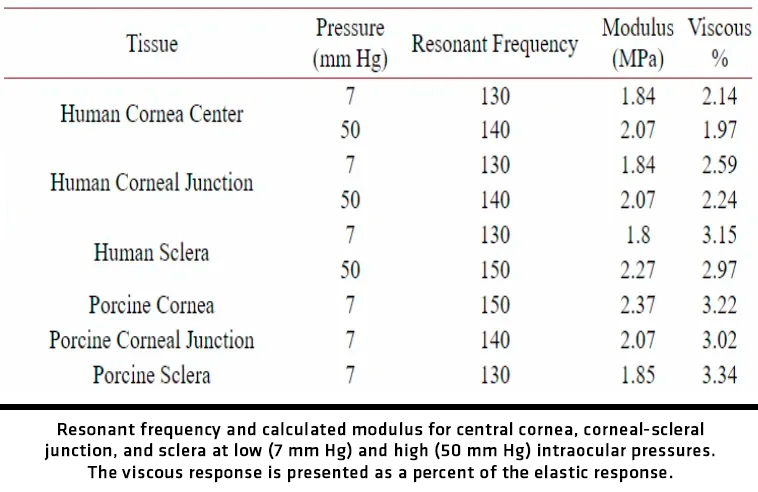 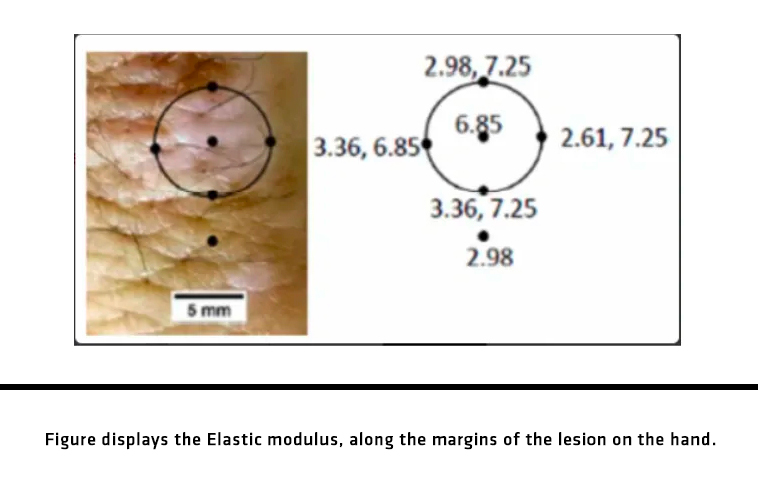 Additional Applications of VOCT in Other Medical Environments